About Mullenix Market
Jeff Stokes started the Mullenix Market project after assembling several pieces of property in the 80s. Jeff wanted to honor his father, a Vietnam War Veteran, and his tireless work ethic, with a belief that the recipe for success always was in their customers’ happiness. Jeff got involved in the family auction business, Stokes Auction and Auction Acres, in 1976 and since then has won many worldwide awards such as the 1987 World Champion livestock auctioneer, 1993 World Champion Auto Auctioneer, and 2003 International Champion Auctioneer. Jeff is the first and only person to win the triple crown of auctioneering, and Jeff was also selected for the 2006 Auction Hall of Fame. Jeff has been an instructor at the western College of Auctioneering since he was 19 and still teaches the art of auctioneering in Montana throughout the year.

The Stokes family has lived and breathed South Kitsap County for four decades, and Jeff’s father served as Port Commissioner for 20 years. The roots the Stokes family have in the area are deepened throughout the community by giving back with charity auctions. Jeff founded the largest charity auction business with Stokes Auction Group in 1992, and has raised millions from 700 charity auctions prior to COVID. Jeff has served many wonderful causes, but when asked his favorite, “It would definitely be Celebrity fight night in Phoenix that was hosted by Muhamad Ali, and working alongside emcee Reba McEntire. Jeff also has done auctions for Andrea Bocelli in Florence, Italy and the Ted Turner family in Atlanta. But, it is always helping a child in need that brings the most satisfaction, whether it’s through Make-A-Wish, JDRF or any child related cause.

Jeff started the zoning process for Mullenix Market in 2009. He then started the permitting process in 2013 with some challenges due to road construction. Permits were approved in 2017, and he had to buy another acre of land next to his property for stormwater. In 2018 he broke ground on Mullenix Market. Financing came through after the Covid shutdown in May 2020, then it was game on with construction. Construction hit snags with supplies and building but forged ahead and was completed in September 2021. He opened his dream store, Mullenix Market, on September 9th, 2021.

Jeff is a businessman but has no experience in owning or operating a gas station, and that’s where Harbor came into play. The goal was to have the store be a deli with gas. One of the best benefits was being able to do a 180 degree pivot with Patty, Harbor’s LDC-Central Regional Sales Manager, as Covid was shutting down everything. Harbor, and Patty, have given Jeff confidence, taking him by the hand and showing him other stores, where store owners assisted with hands on experience and advice for operating a convenience store. Jeff was offered tours of other stores, cooking opportunities and examples aplenty of other successful stores. He was able to take these ideas & advice and implement it at Mullenix Market.

Through this journey Mullenix Market had 3 visions for what the store could be. The Mullenix Market team is so thankful to have partnered with Harbor to have help through all it. Those ideas were:

One of the biggest surprises was the community and how they have supported this new location. With each new guest comes a local neighbor coming by to say how delighted they are to have the new store there. Many customers have watched and waited with anticipation, and all came to our aid to support Mullenix Market with their kindness, patronage and spirit of community.

When Jeff is asked “What is the single best attribute of your early success”? It would be easy to thank Sun Pacific energy, Harbor Wholesale, his contractors, his food or beverage providers but it is actually people and their big hearts within these organizations. One doesn’t take on a build like this without friends, partners and trusted people. Patty displayed patience, compassion and true care towards the changing journey. She was there for every phone call, every change and by Jeff’s side the day they opened, and still part of his days now that they are 30 days in. Fritz, Harbor’s
Foodservice Sales Developer, has helped design Mullenix’ Market’s foodservice program. Esther, Harbor’s Store Solution Manager, has helped set their store. Ronnie, Harbor’s Territory Sales Manager, has helped every day with products, designs and more.

Jeff is most grateful for the quality people that have all come to his aid in the development of Mullenix Market. He must also recognize the help of teammates, Brenda Ryon and Sherry Jones, as their years of convenience store business experience set the store up for success. Every bit of their success stems from people like Jeff’s father, his friends, neighbors and the professionals at Harbor.

Thank you Mullenix Market for being a great partner and going above and beyond to serve your community! 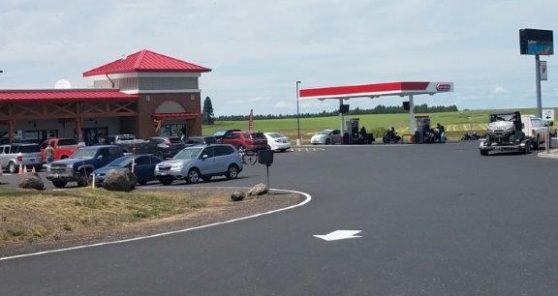 Customer Spotlight: Nez Perce Express
Tell us about your store. Nez Perce Express is located in Idaho on the Nez Perce Reservation next to the Clearwater River, the Steelhead fishing capitol of the world. The Nez Perce Express also provides the fishing permits to fish the Clearwater River we have Steelhead, Chinook Salmon and tunnel pond permits. How has Harbor helped you to be successful? Harbor has helped us to be successful by the support of providing great products, on time delivery service and store resets to help keep great store flow for our customers. Harbor has been a great partner as we continue to grow together in our success. What unique programs do you have at your location? Harbor helped us to get the Skippers program going which in turn considerably increased our deli sales. We also started the Harbor Watertown coffee program where we have a great following as well with this select brand of coffee. How has your store been successful through COVID-19? The Nez Perce Express store has maintained our customer base by providing a safe and sanitary store for our patrons.
Customer Spotlight 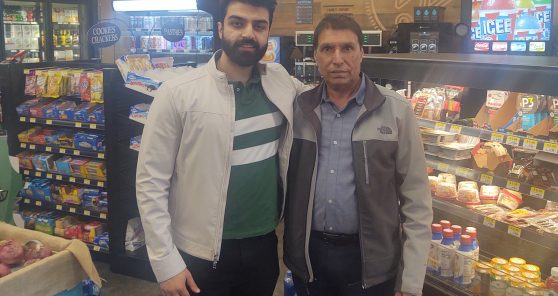 Beyond Essential Family Focus: Tek and Sundeep Sandhu
Since 1923, Harbor has been a family-owned business supporting the family-owned businesses in our local communities. In celebration of Father's Day, we reached out to our customer Tek & Sundeep Sandhu, father-and-son owners of S&S Marts along the Oregon coast. Much like Harbor, their business is multi-generational and locally operated. Tell us about your stores (history, location, etc.) and how you support your community. Sundeep: My father, Tek Sandhu, was an immigrant from Punjab, India. He left home in his early twenties with a goal to build a better life for his family and achieve the American dream. Upon arrival, he worked in the farming industry. As he was able to gain experience, he landed a job at Winchell’s Donut House. Through hard work and determination, he was able to go from Baker, to Assistant Manager, to Manager, and eventually District Manager. In 1998, my parents bought their first store, Day N’ Night Market, in Vancouver, WA. From there, they bought more stores throughout Vancouver, and eventually on the coast in cities such as Seaside, Astoria, and Long Beach. One of the main reasons for the success of our stores is that we like to give back to the community as much as possible. Whether that’s giving donations to local schools, or sponsoring an event, we always value building up the area where we do business. Another way we give back is through renovating our locations. New flooring, cabinets, coolers, shelving, and overall design help give the community a revived and clean look. Tell us about the family-aspect of your business. History, family members etc. How has being family-owned benefited your business? Sundeep: We have always been a family-oriented business. The mindset of family first and business second has helped us keep our priorities in check. We are a large family, but very connected. My father and I oversee the general operations of all the coastal stores, while my cousins, Govrdan and Davinder, are in charge of day to day operations. My mother helps run a few of the stores locally. The fact that we are a family-owned business has helped shape our business because it helps us view our employees as part of our family, who then show that same respect towards the customers. How has your partnership with Harbor helped you to be successful? Sundeep: Harbor has the same priorities that we have, supporting our local communities. Just like we treat our employees and customers as family, Harbor shows that same love to us. Harbor is there to support us when we are working on a new project, like a remodel. The responsiveness and connectivity that we experience from Harbor helps when we are expanding and improving our business. We have had an excellent experience with Harbor and are excited for the future.
View All Customer Spotlight